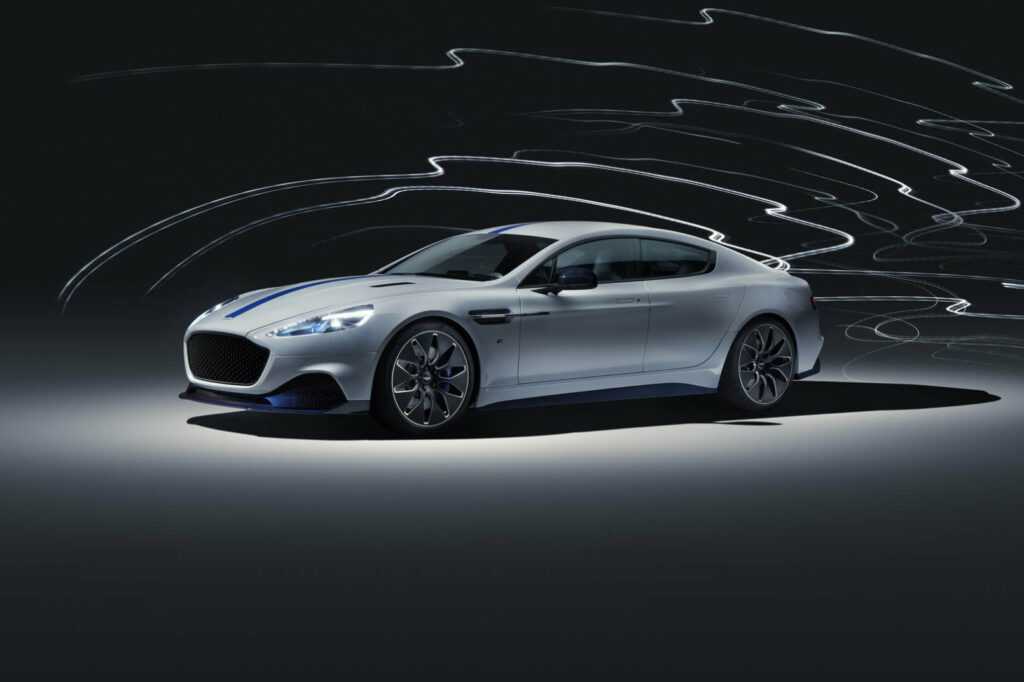 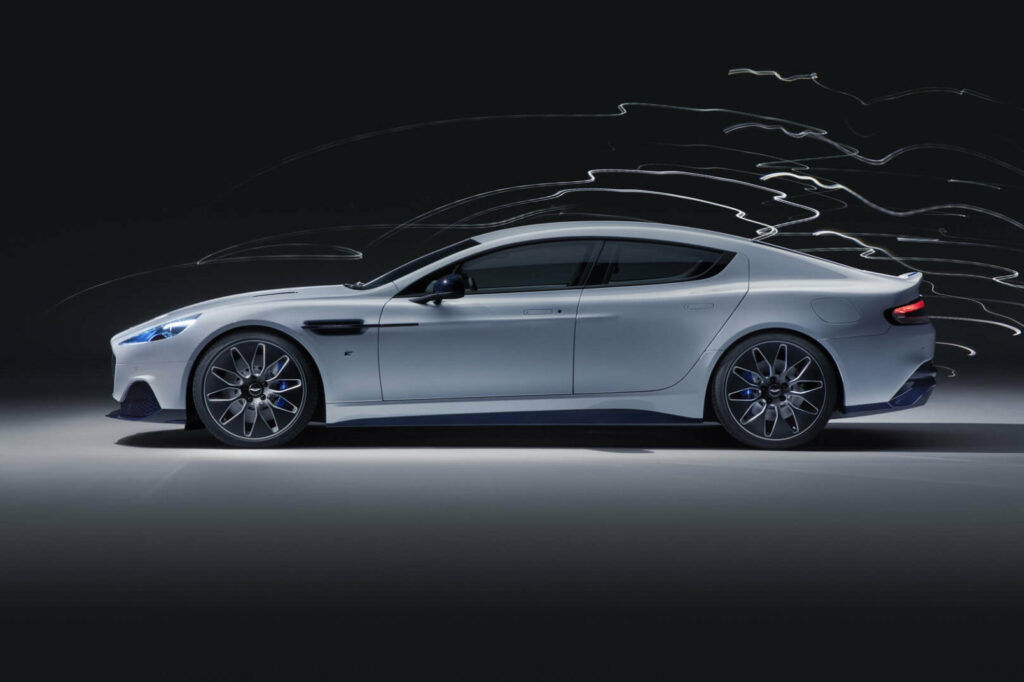 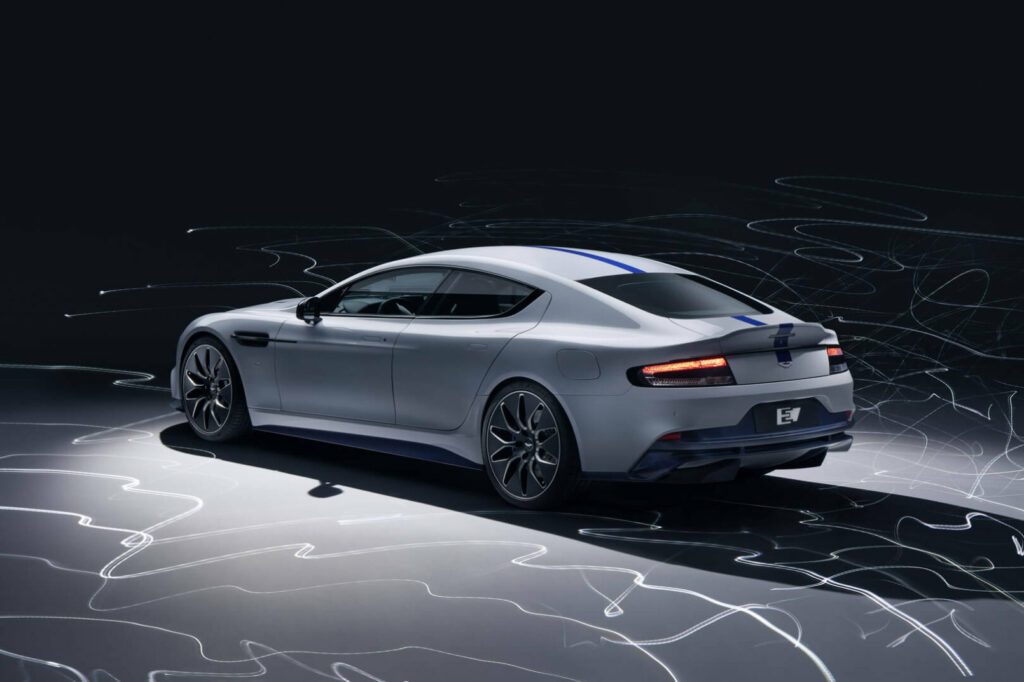 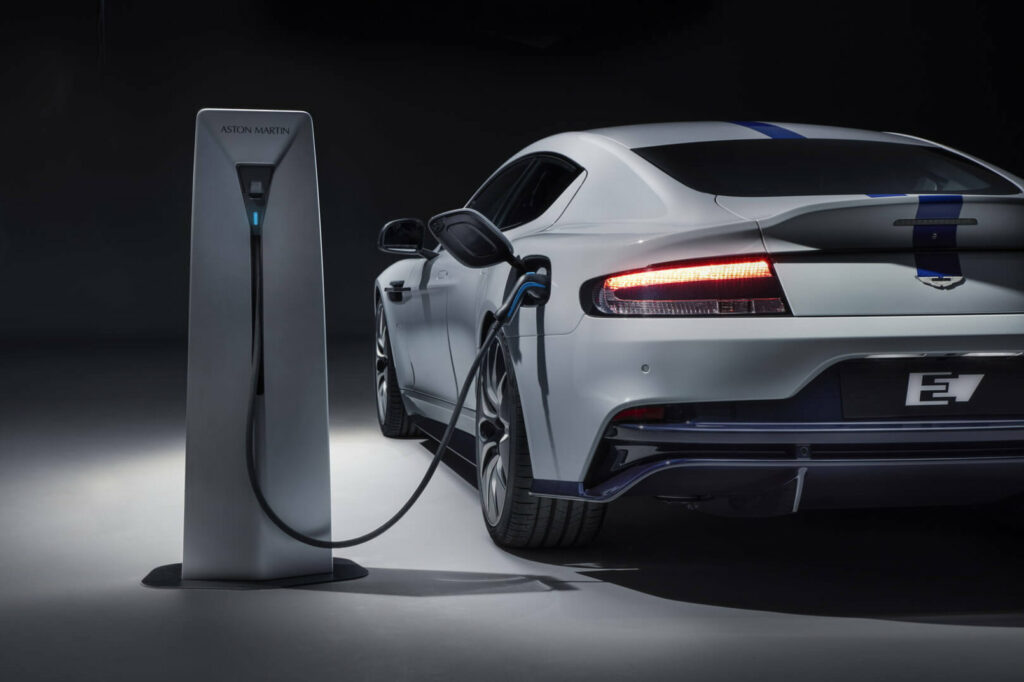 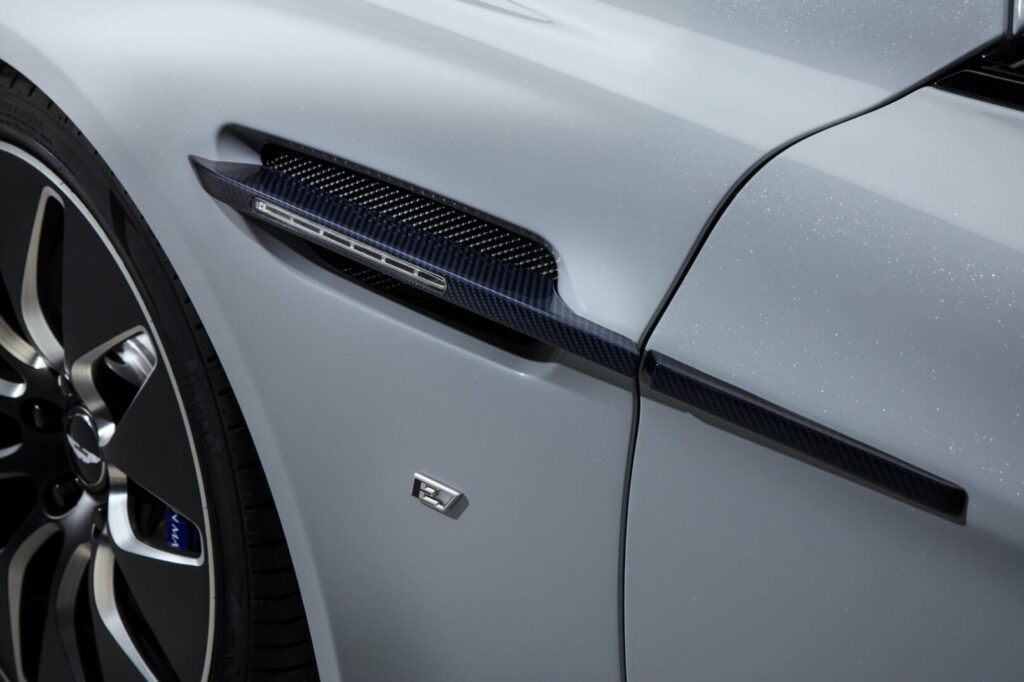 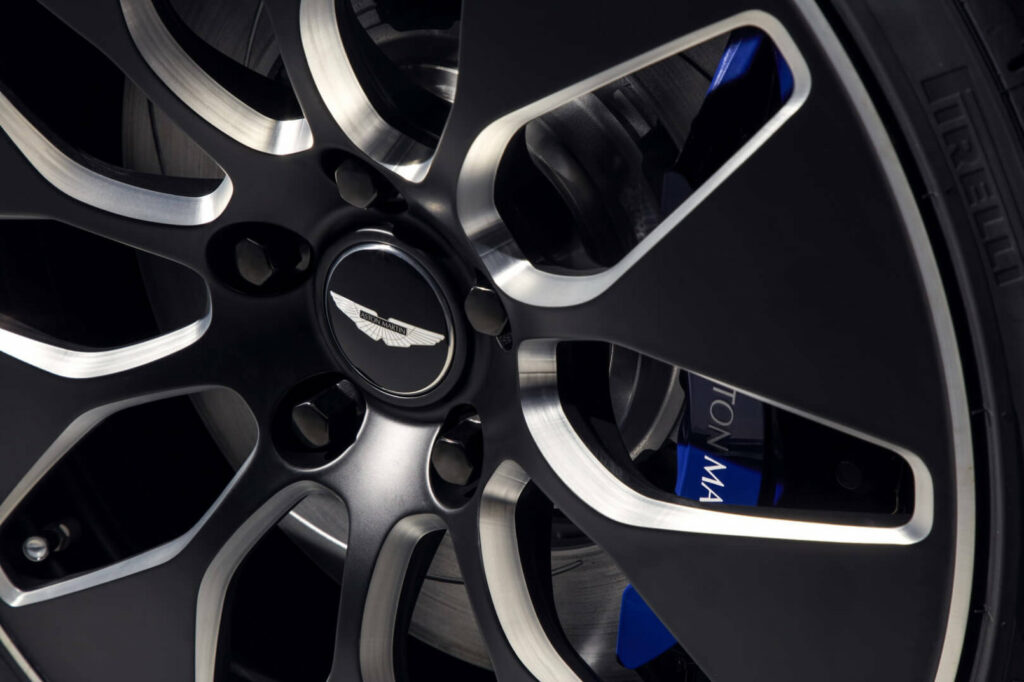 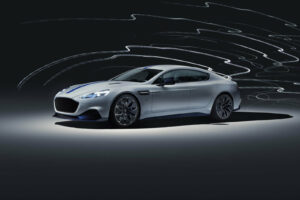 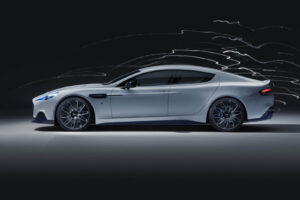 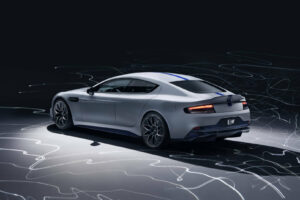 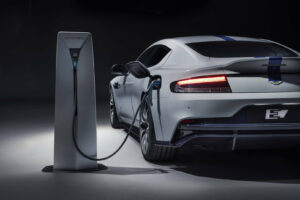 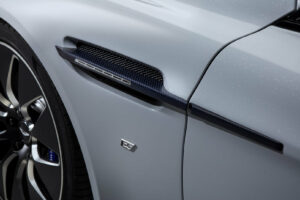 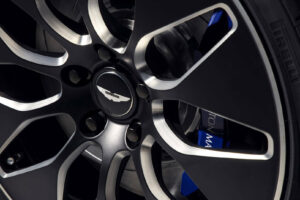 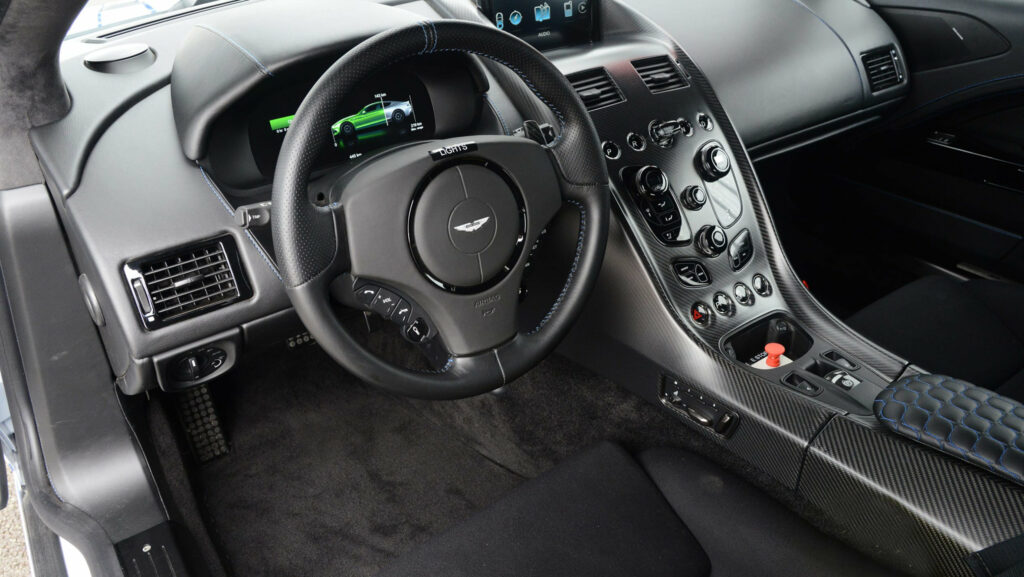 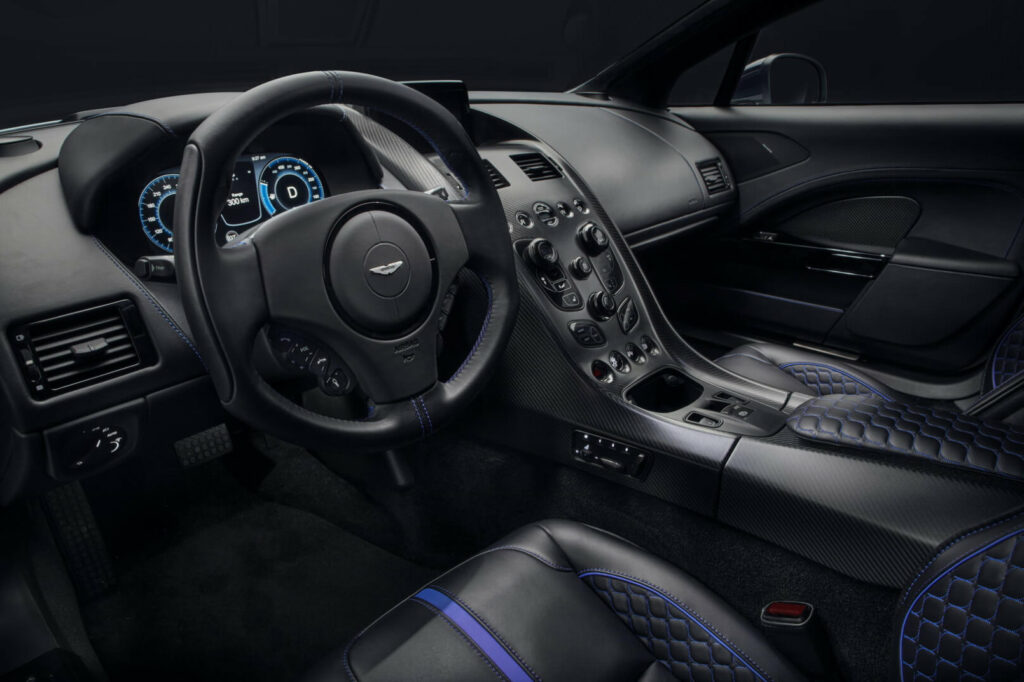 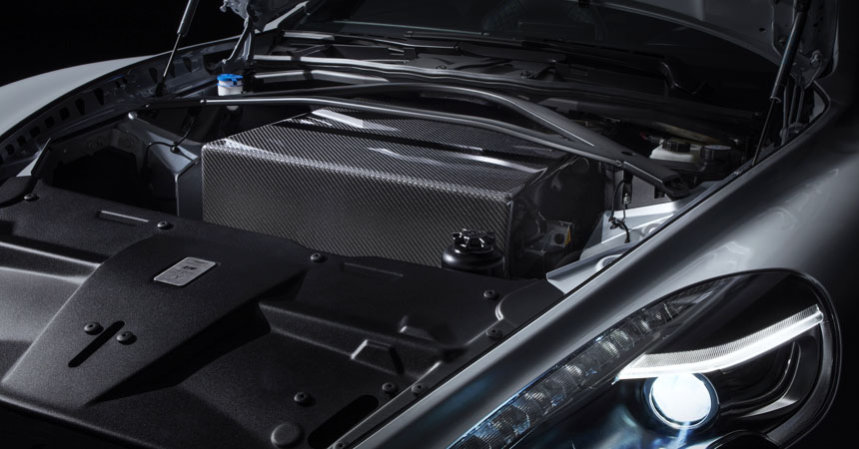 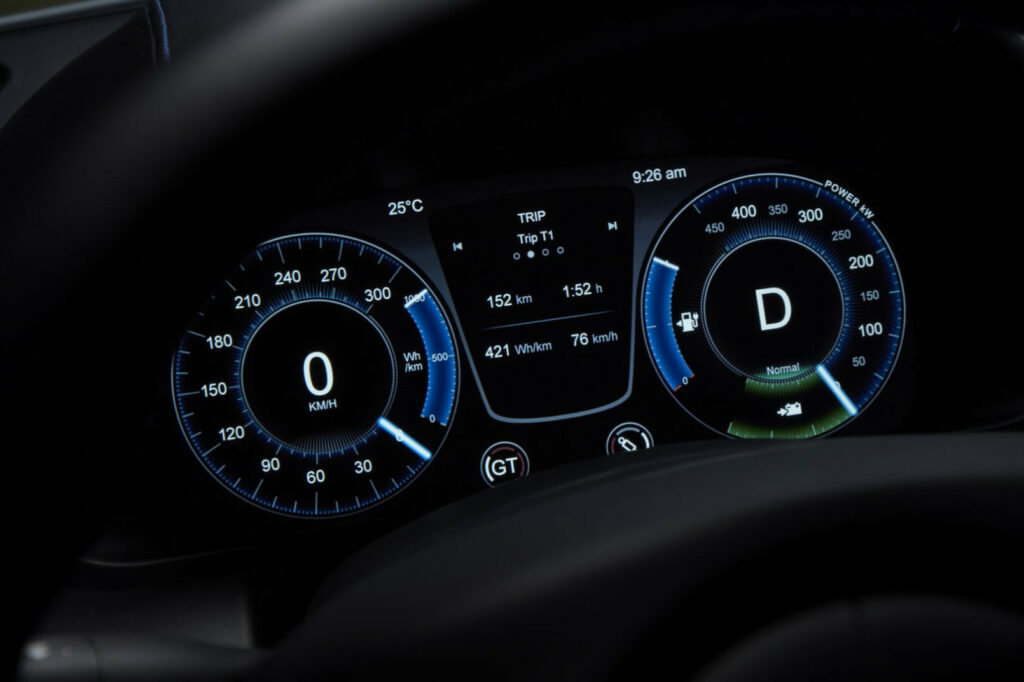 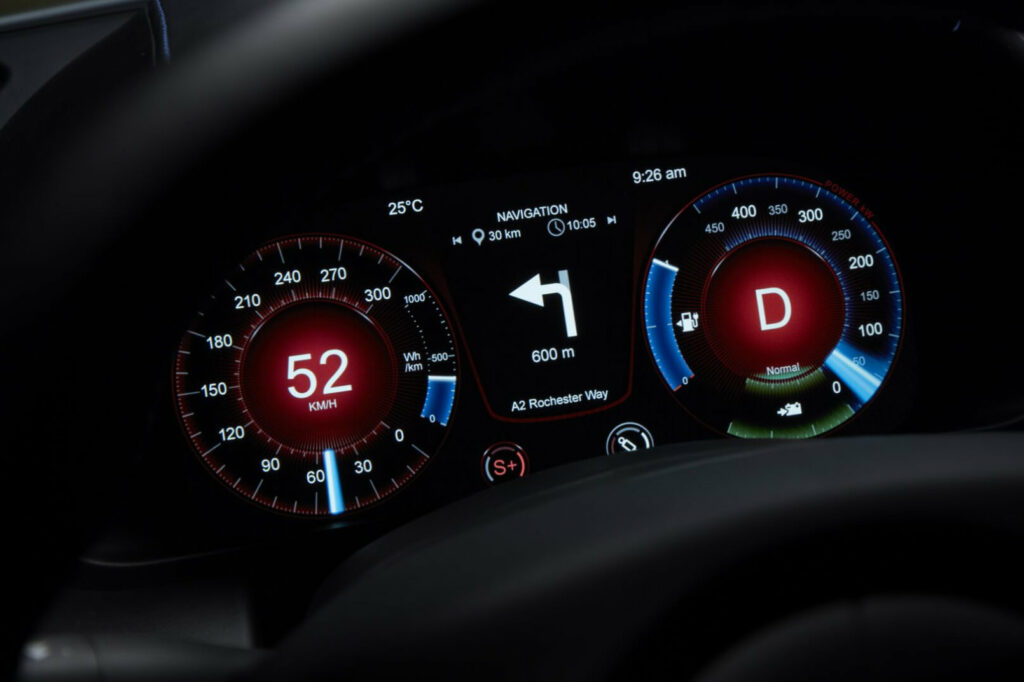 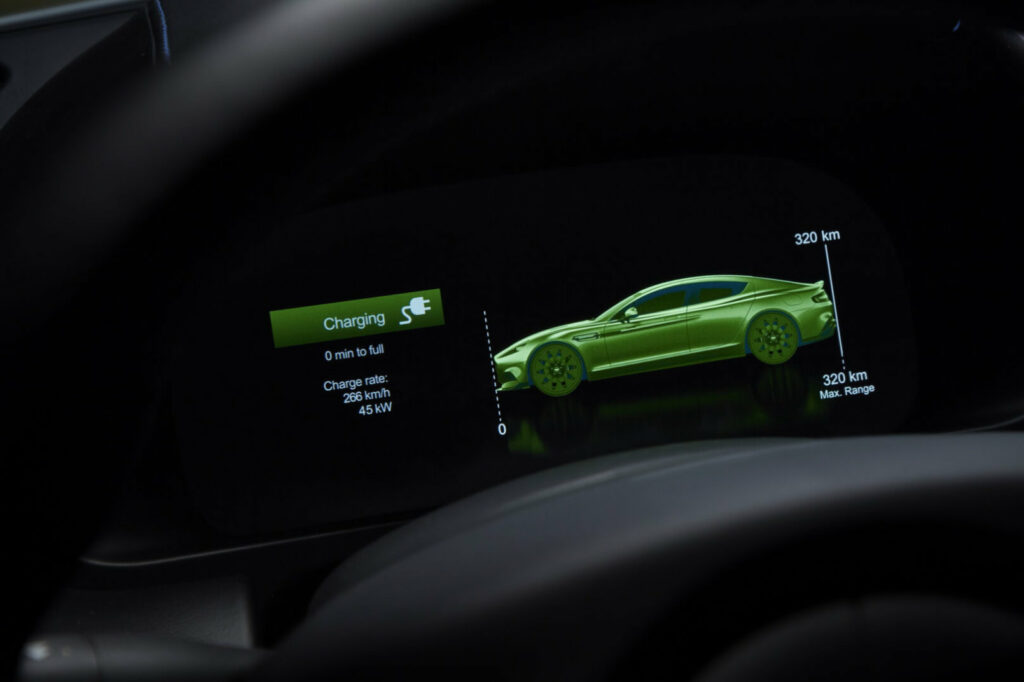 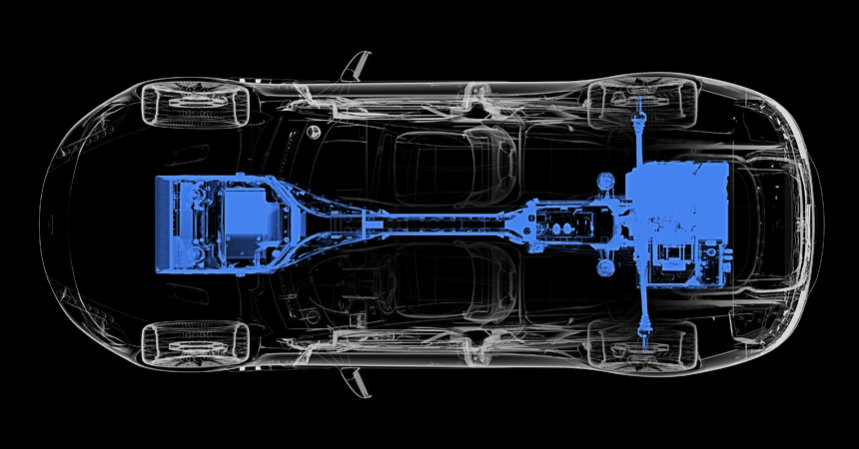 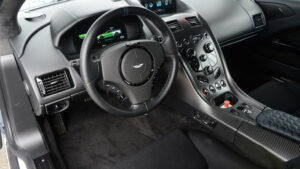 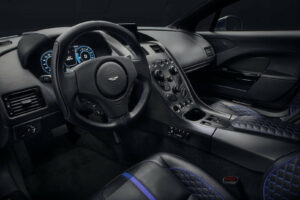 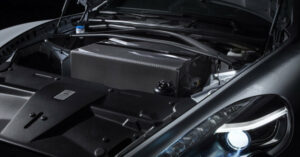 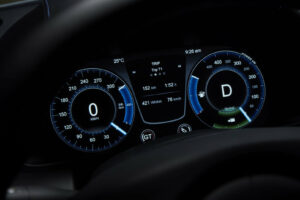 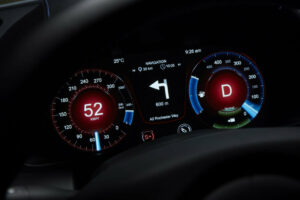 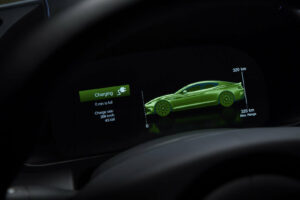 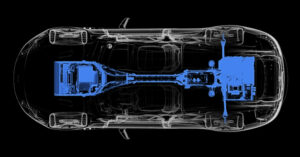 After Aston Martin announced that its first commercial electric car will be called the Rapide E and will be produced at a new plant in Wales, the British manufacturer of sports luxury has published several teaser images of the novelty and revealed its main technical specifications.

Thus, Aston Martin Rapide E is a large rear-wheel drive sedan with two electric motors, producing a total of 610 hp and 950 Nm. The lithium-ion battery, which has taken the place of the gasoline V12, includes more than 5,600 18650 finger cell batteries. The capacity is relatively small – 65 kilowatt-hours, but it should be enough for 320 kilometers on the WLTP cycle. What is no less important for a car of this class, the Rapide E is able to drive a lap around the Nürburgring without losing its declared power, even with an incomplete battery. In addition, like the Porsche Taycan, the first electric Aston is equipped with an 800-volt system and supports charging current of over 100 kilowatts. In terms of acceleration dynamics Rapide E noticeably surpassed the gasoline Rapide: electric car picks up 96 km / h in less than 4 seconds, while the “charged” 603-horsepower Rapide AMR makes a hundred in 4.4 seconds. However, the top speed of the latter reaches 330 km/h against 250 km/h of the Rapide E.

Though the electric sports car is created on the basis of fuel, the simple change of the power-unit is not enough. Aston Martin and its partner engineering firm Williams Advanced Engineering worked on the aerodynamics of the body, suspension and chassis, so that the Rapide remains a real Aston.