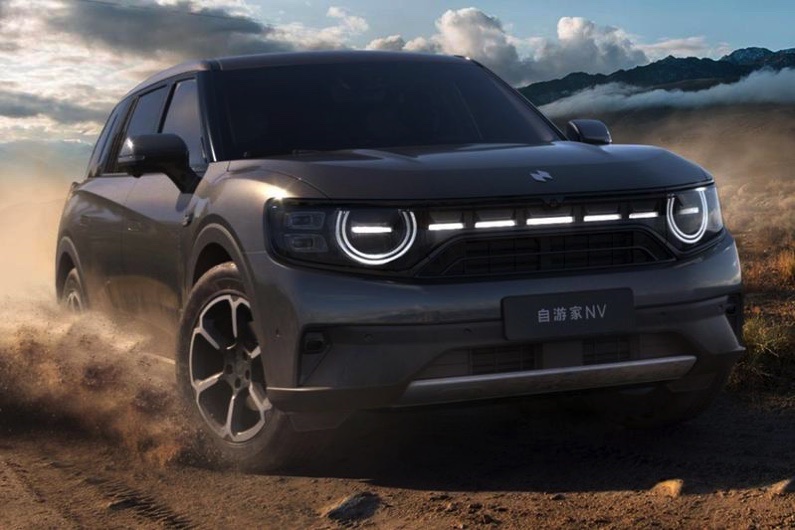 There is another new Chinese player in the world of electric vehicles. Niutron, a new car brand founded by Li Yinan, who previously founded the electric two-wheeler company NIU Technologies (and formerly a top manager of Huawei, the technical director of Baidu), introduced its first model – an electric midsize crossover NV, reminiscent of the American Ford Bronco Sport.

The crossover is 4.92 meters long and 1.75 meters high with a wheelbase of 2.9 meters. A nice design detail: an LED element is built into the rear pillar that shows the status of the battery pack. Beautiful, but whether it is relevant for other road users how much energy is left in the battery is another question.

Specifications have been minimally disclosed. The Niutron NV is based on the so-called “Gemini” platform and will be available as both an all-electric vehicle and an extended range electric vehicle (REEV, which uses the combustion engine as a generator to charge the battery).

Powertrain specifications have not yet been disclosed, but we know that the electric version will be able to accelerate from 0 to 100 km/h in 5.9 seconds. Battery capacity and range are also not yet specified.

The company plans to begin production this March at its Changzhou plant, which is still under construction, with first deliveries due in September.