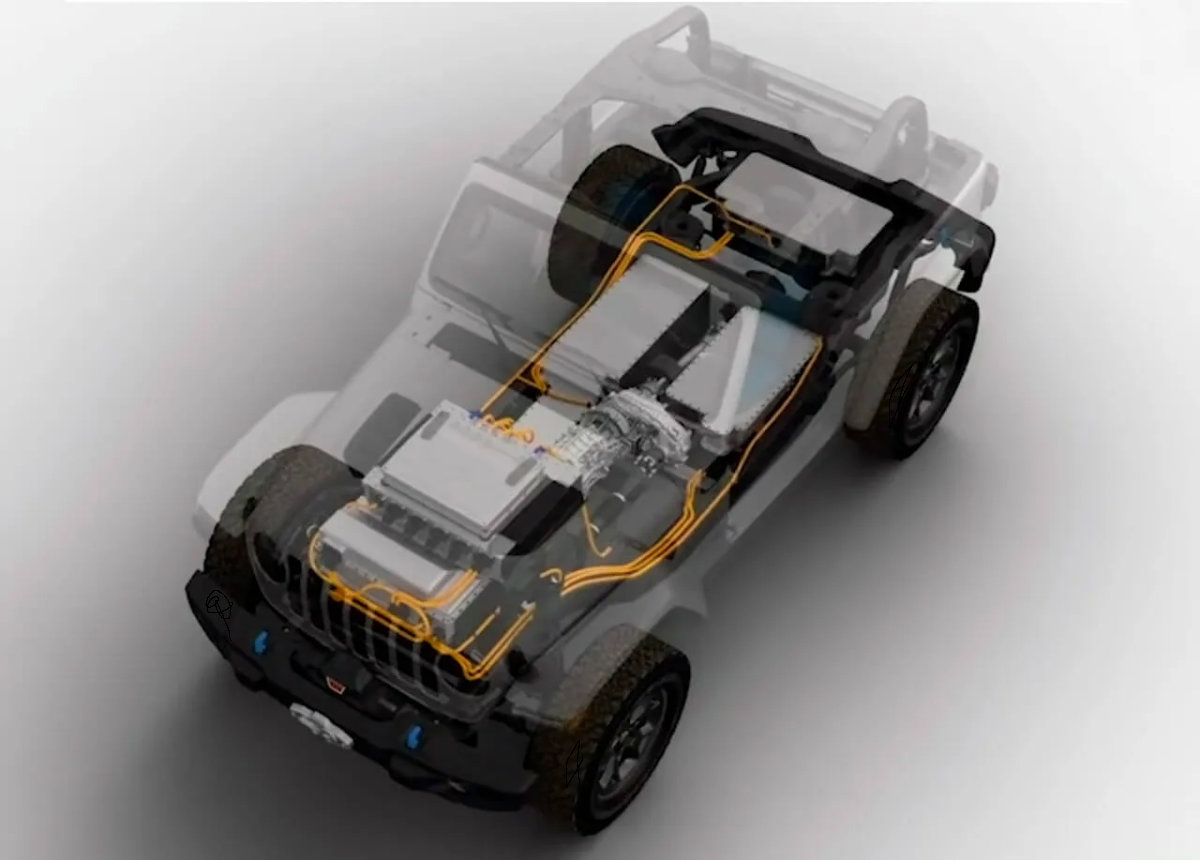 Jeep, which recently became a part of the new group Stellantis and positions itself as one of the most ambitious brands in terms of electrifying the model range, teases fans with a teaser of an all-electric Wrangler BEV SUV concept, which could soon become the production version.

The teaser of the concept shows the electric platform of the future SUV, as well as its transparent and tinted silhouettes, which do not fully reveal the design of the model, but show that it will retain the brutal look familiar to the classic Wrangler.

No additional information is offered about the concept vehicle, except that it will be part of Jeep’s concept lineup unveiled at the annual Moab Easter Safari, which runs from March 28 to April 3.