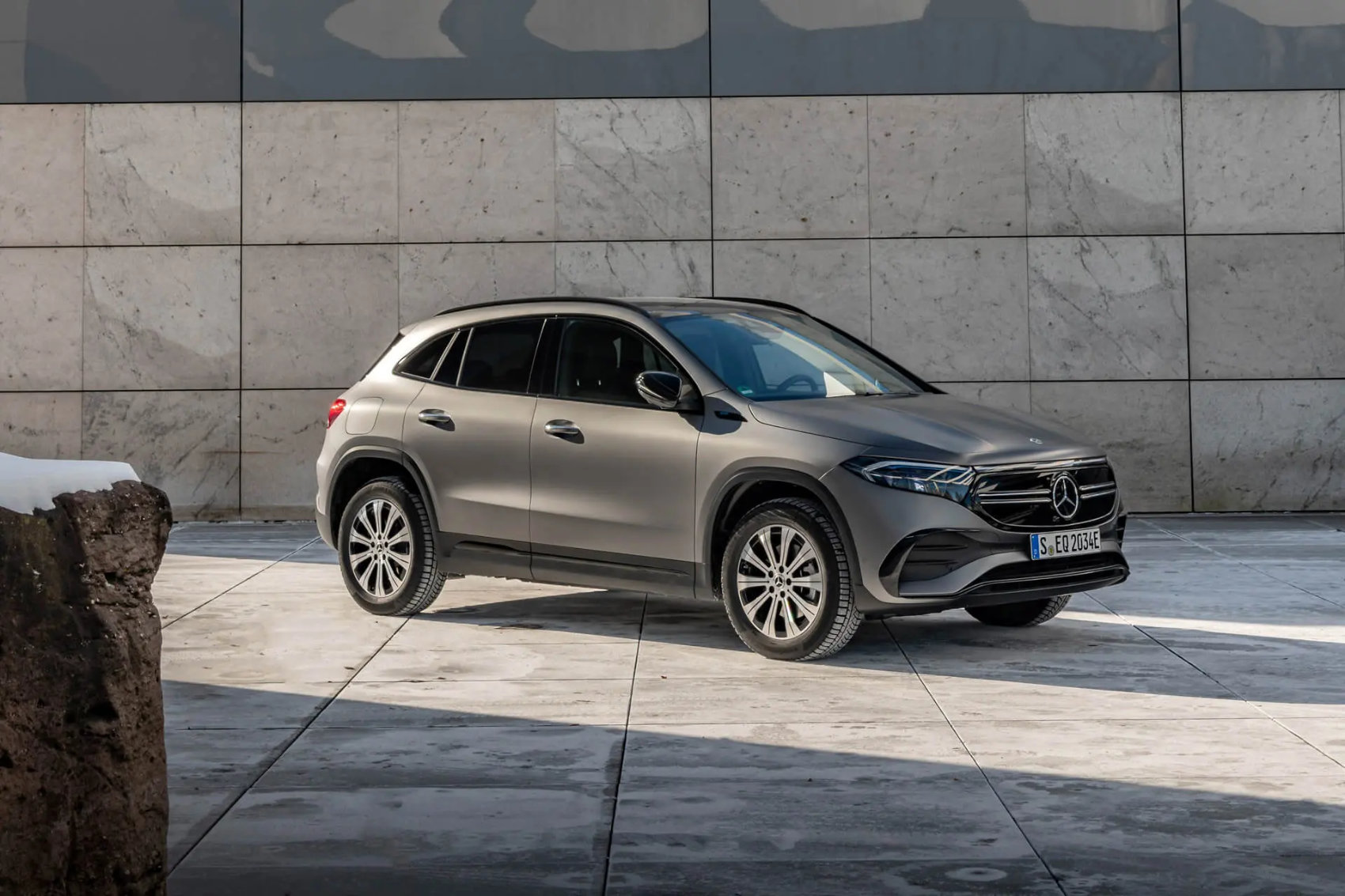 Mercedes-Benz is launching two new all-wheel-drive versions of the EQA electric crossover, which has become one of the most in-demand vehicles of recent introduction – the company has received more than 20,000 pre-orders since February.

The automaker says the two new all-wheel-drive EQA models can be ordered now, with prices in Germany including government incentives starting at €53,538 and €56,215 respectively.

The rear axle of the EQA 300 4MATIC and EQA 350 4MATIC uses an electric transmission with a newly developed permanent magnet synchronous motor. The advantages of such an electric motor include high power density, high efficiency and high output stability.

Mercedes-Benz claims that in these 4MATIC versions, the power demand between the front and rear axles is intelligently adjusted 100 times per second, depending on the road situation.

Mercedes-EQ’s philosophy is to optimize power consumption by using the rear electric motor as often as possible, while the asynchronous electric motor on the front axle is activated when necessary.