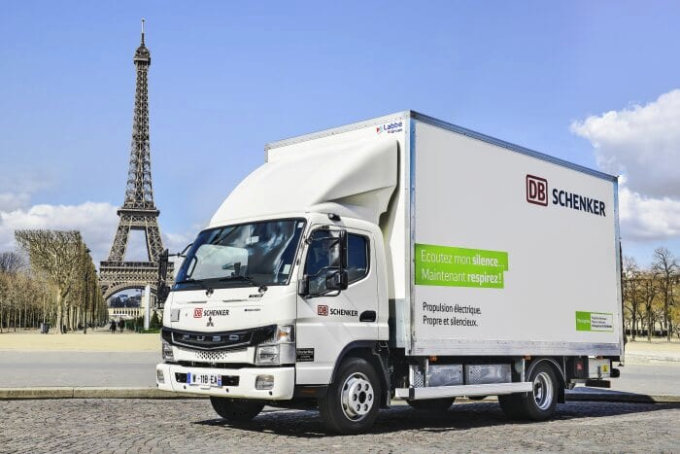 As of February 2021, more than 40 trucks are in operation in the U.S., more than 60 trucks in Japan and another 100+ FUSO eCanter are used by customers in Europe. The total distance covered by the global eCanter fleet now exceeds 3 million kilometers locally without emissions.

The 7.49-ton truck has a range of more than 100 kilometers on a single charge and is especially suitable for local zero-emission transportation and quiet city traffic. What’s more, the FUSO eCanter has a payload capacity of up to 4.15 tons, which is more than enough for urban transportation. Typical vehicle applications include short-distance delivery of packaged goods, e-commerce orders, postal transportation or even the transport of beverages and industrial gas. Customers in Europe include well-known logistics companies such as PostNL, Dachser, Deutsche Post DHL, Rhenus Group or DB Schenker.

FUSO has set itself the goal of accelerating the electrification of transport in the commercial vehicle industry. In line with Daimler Trucks’ sustainability strategy, FUSO is leading the truck industry into the future and aims to make all new vehicles in the Triad (Europe, North America and Japan) CO2-neutral by 2039. The eCanter thus plays an important role in achieving carbon-neutral transportation, with the ongoing movement toward carbon-neutral societies being pursued by various governments both in European countries and abroad.