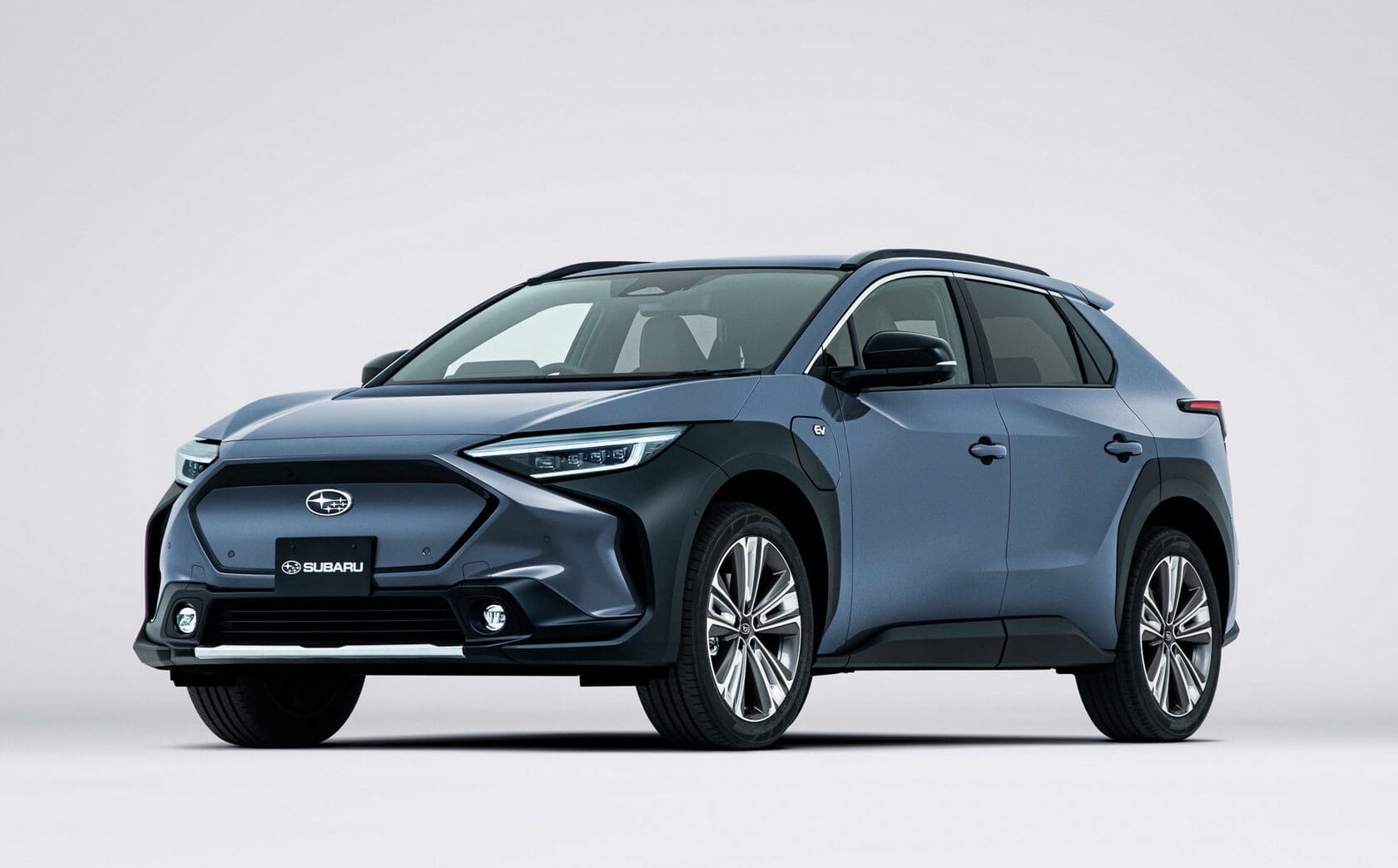 After presenting the Toyota bZ4X late last month, it was Subaru’s turn to introduce its version called Solterra, a combination of the Latin words for “Sun” and “Earth.

In developing the Solterra, the brand’s first ever all-electric vehicle to be launched globally, Subaru sought to exceed various customer expectations for electric vehicles and make it a practical vehicle as it will be the cornerstone of future electric Subaru. At the same time, Subaru sought to make this SUV in such a way that existing customers of the brand can feel that it really is a Subaru.

Built on Toyota’s dedicated e-TNGA electric architecture developed with Subaru (Subaru’s version of the platform is called the e-Subaru Global Platform), the Solterra has the same dimensions as the bZ4X: length 4690 mm, width 1860 mm, height 1650 mm and wheelbase 2850 mm.

Not surprisingly, the Solterra looks similar to the bZ4X except for some minor, mostly cosmetic differences such as the taillights, front bumper design, round fog lights, and body decals. The same goes for the modern-looking interior with a large infotainment system.

Like its Toyota twin, the Solterra will have two layouts: a front-drive model (FWD) with a single 150 kW electric motor and an all-wheel-drive version (AWD) with an electric motor on each axle delivering a combined 160 kW. Both models are equipped with a 71.4 kWh lithium-ion battery, which gives the FWD version about 530 km of range and the all-wheel-drive version about 460 km (all on WLTC).

Like other Subaru SUV models, the Solterra is equipped with X-MODE AWD control, which increases the feeling of safety on rough roads. With the addition of the new Grip Control feature, which allows the vehicle to move at a constant speed, stabilizing it even on rough roads, the capability is further enhanced.