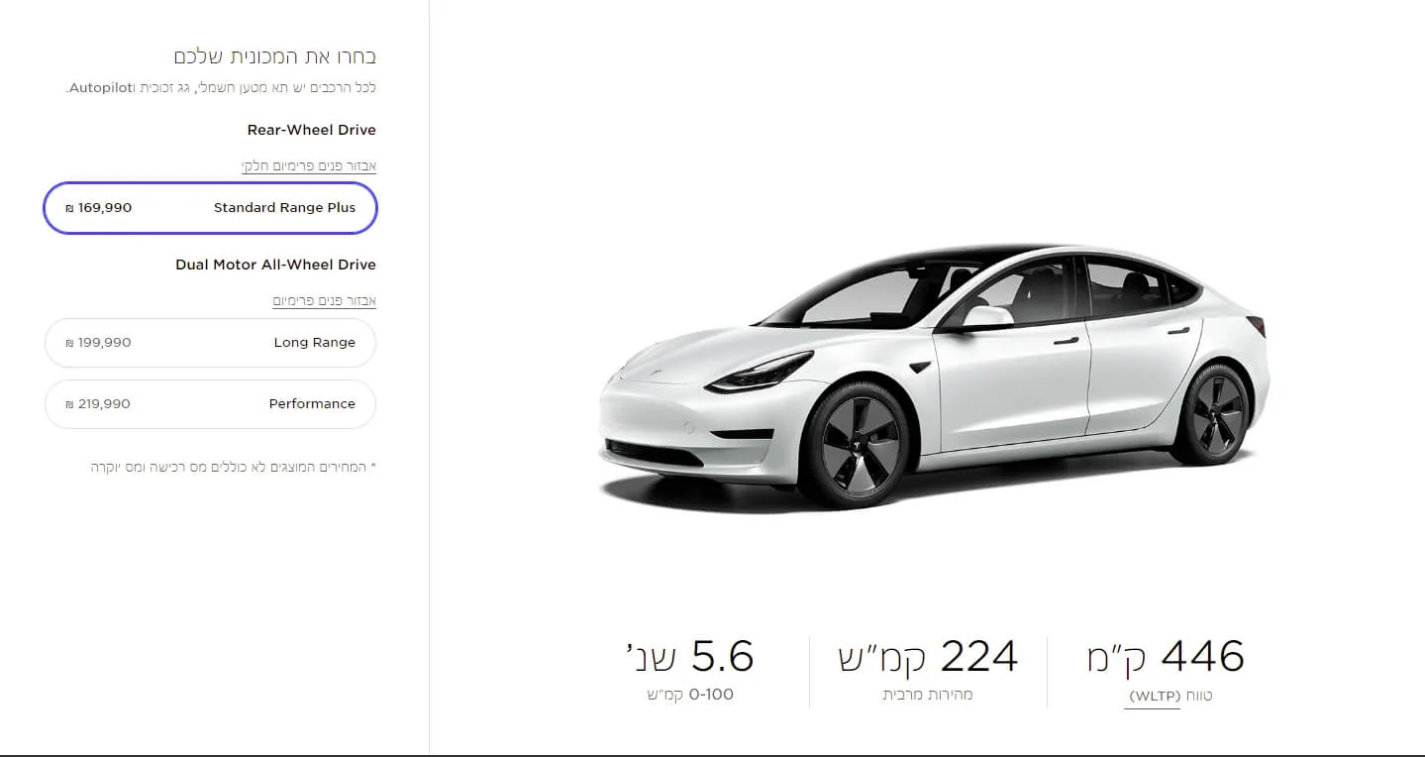 Tesla has officially started taking orders for its electric cars in Israel, listing lower-than-expected prices on its website.

The long-awaited entry into the Israeli market comes less than a month after the Ministry of Transportation officially approved the import of the American manufacturer’s electric cars into Israel.

Customers can now officially order Model S, Model X and Model 3 models from the company’s website. Deliveries of the popular Model 3 will begin in late March, and the Model S and Model X will begin in the fourth quarter of 2021.