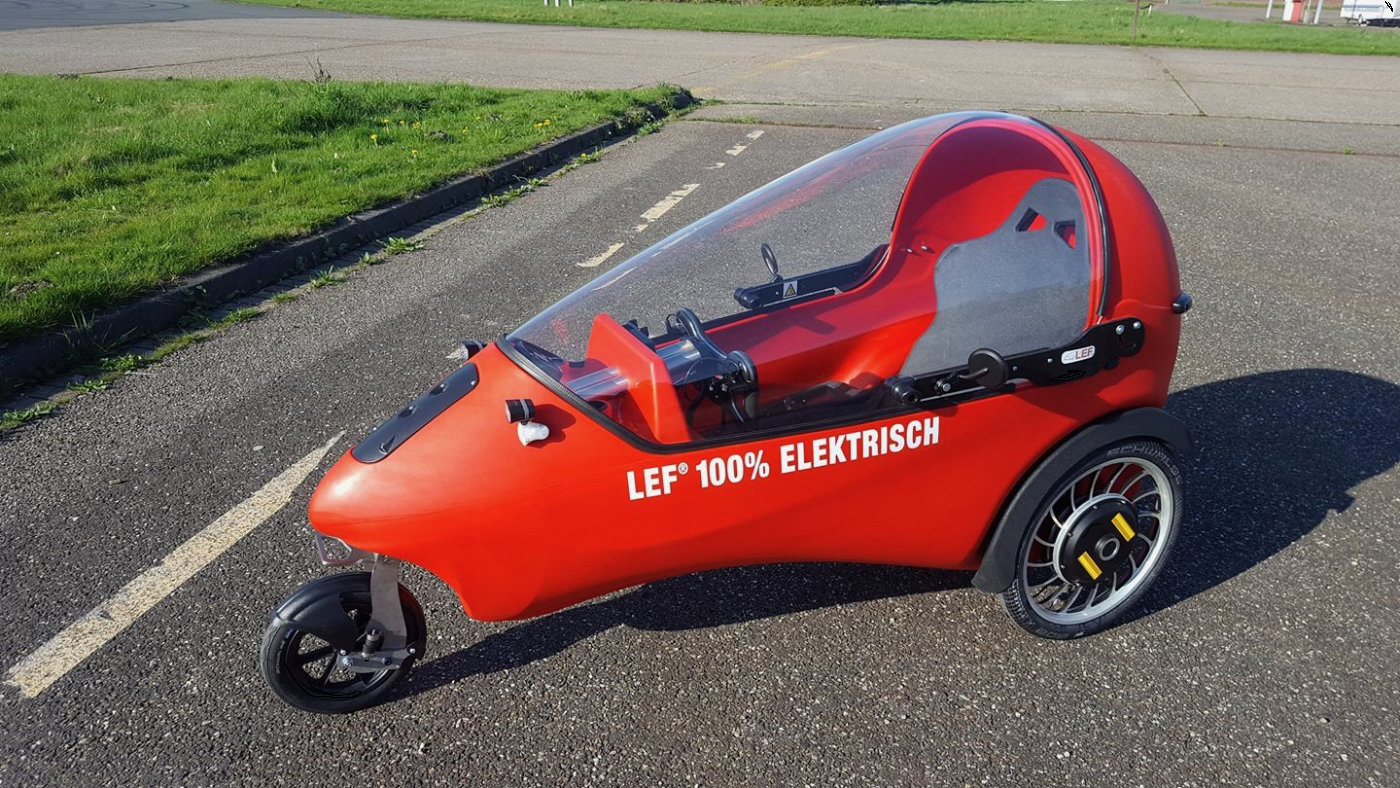 Miniature electric cars for cities are not new in the world of electric vehicles, but a company from the Netherlands EV Mobility has decided to go even further in this direction and create a three-wheeled micro-electric vehicle for short trips around town.

The LEF electric car was developed about 3 years ago, but little is known about it outside the Netherlands. The main problem of low awareness is that the Netherlands is still the only country where electric cars are homologated for use on public roads, including bike paths, although the model itself is very interesting.

The LEF is designed for just one passenger, and features a cockpit made of recycled polyethylene under a transparent dome, which is the entrance door to the three-wheeled electric car. The electric bicycle has a very modest top speed of 25 km/h and is powered by a 1000W electric motor, which is powered by a 10A⋅h/48V battery pack. The electric car has a range of 30 km and users can double or triple that by selecting a 20A or 30A⋅h battery.

The LEF has a total weight of 90 kg and can carry a maximum payload of 200 kg.

The cabin of the three-wheeled mini-car has an LCD display, which displays basic information about the level of charge, speed and distance traveled, as well as a spectacular retractable “butterfly steering wheel”. The LEF is equipped with LED front and rear lights, as well as a USB port for charging smartphones. Despite its tiny size, it has a full 50-liter luggage compartment behind the back of the seat, which needs to be raised to access the trunk. Additional options include a set of side mirrors and an electric wiper.

In the Netherlands, a driver’s license is not required to drive such a three-wheeled electric car, but the driver cannot be under 16 years old. The cost of the LEF micro-electric car is €4380.