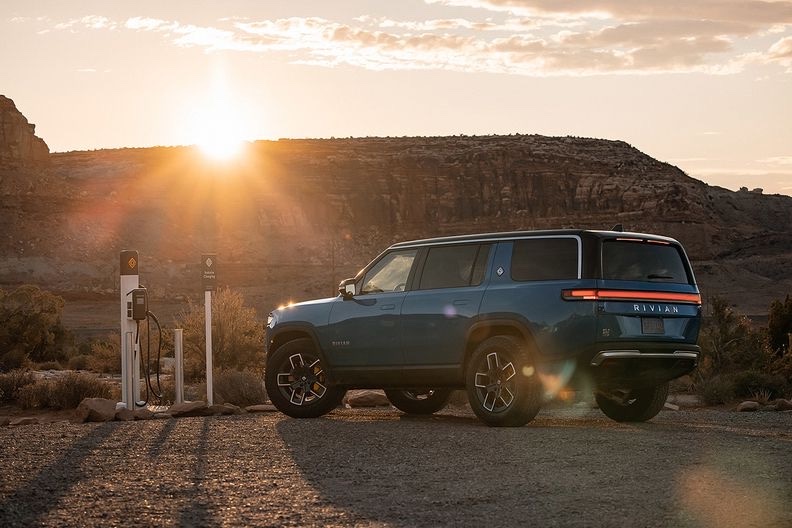 In the small Tennessee hamlet of Paris, the American EV manufacturer’s first solar-powered electric vehicle chargers have been turned on by Rivian and solar business Clearloop.

The city, which features a 70-foot replica of the Eiffel Tower in Paris, France, and has a population of about 10,000, is the first in the United States to make use of Rivian’s solar-powered EV charging stations.

Rivian’s top-up booths, known as Waypoints, are powered by a nearby solar farm with a total capacity of 1 megawatt (MW), but the company hopes to raise more funding for a larger 6.75 MW project that will power all Waypoints chargers in the state.

According to Laura Zapata, CEO of Clearloop, “what it means is that we are connecting the links between a charging station for electric vehicles brought by Rivian, which manufactures electric SUVs and electric trucks right here in the US, and the solar project that is going up in Henry County.”

The Paris, Tennessee, chargers include J1772 plugs, thus other EVs, including Rivians, can top off their batteries here. A Hyundai Ioniq 5 was used in the local news report to demonstrate this.

The Waypoints chargers, according to Rivian, are Level 2 stations accessible to all EVs that can offer up to 11.5 kW of power and are situated “near shops, restaurants, hotels, parks, and more.” The American company plans to install over 10,000 of these across the US and Canada, and they are entirely powered by renewable energy.

The Rivian Adventure Network, a more potent charging system that is only available to Rivian’s cars, is made up of stations that can deliver direct current (DC) at rates of up to 200 kW (and over 300 kW in the future). More than 3,500 fast charging stations, all powered by renewable energy, will be unveiled by the EV automaker throughout the US and Canada.