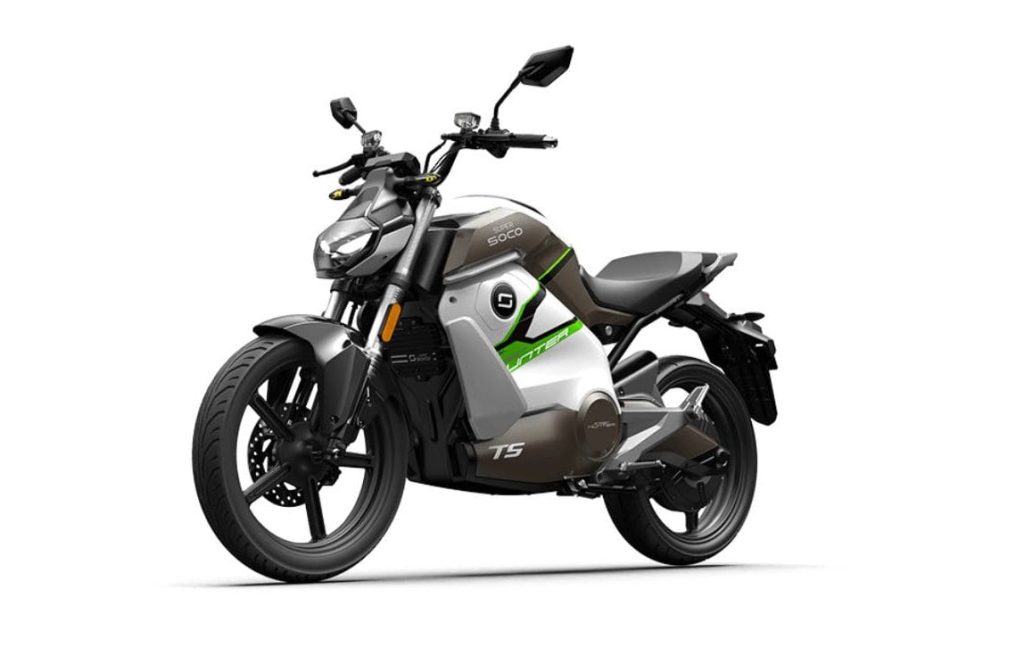 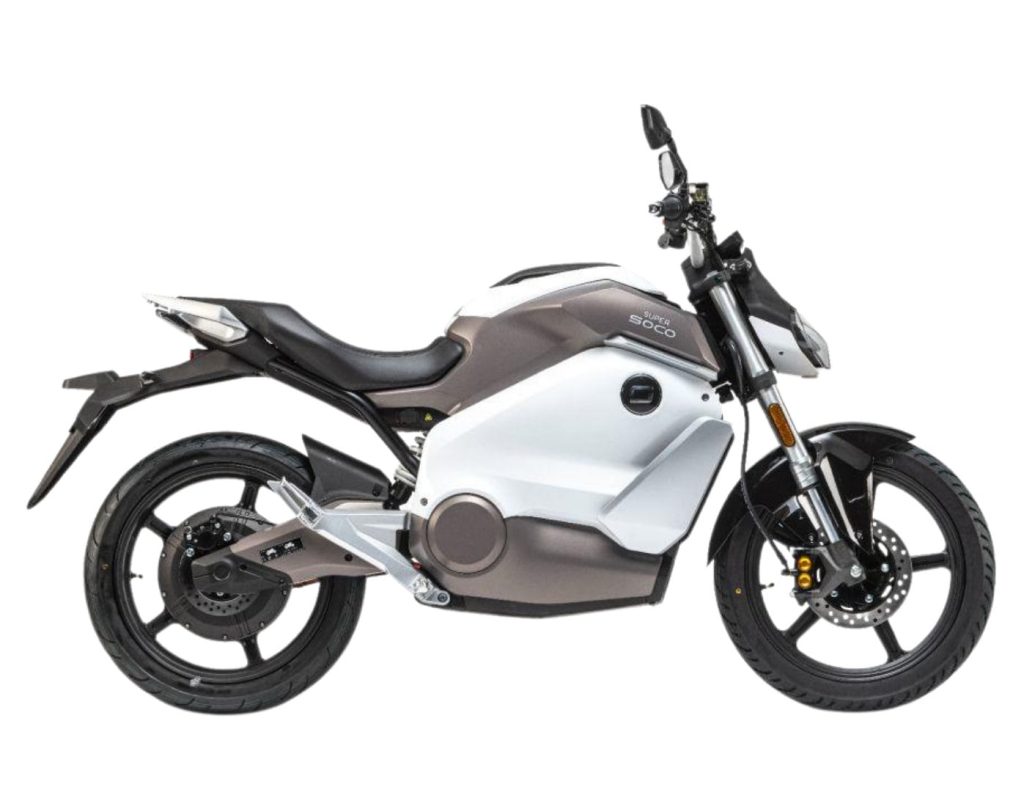 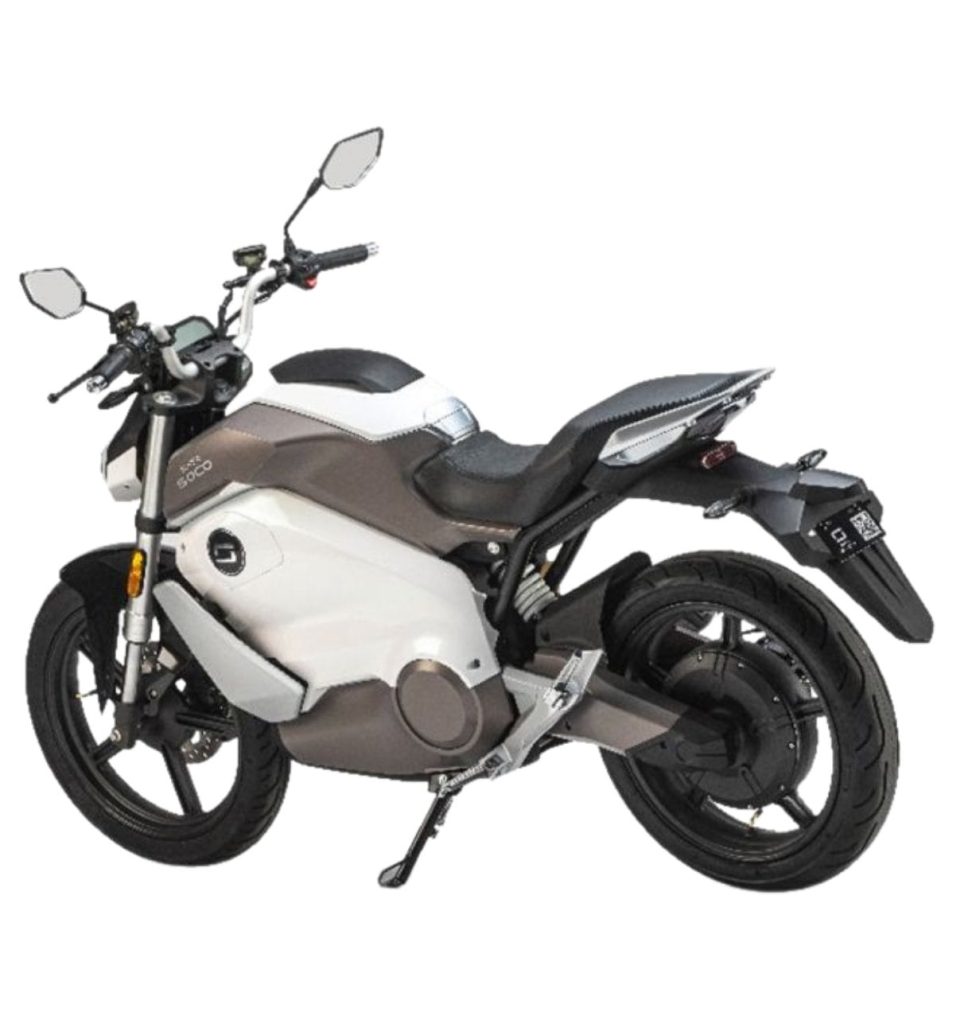 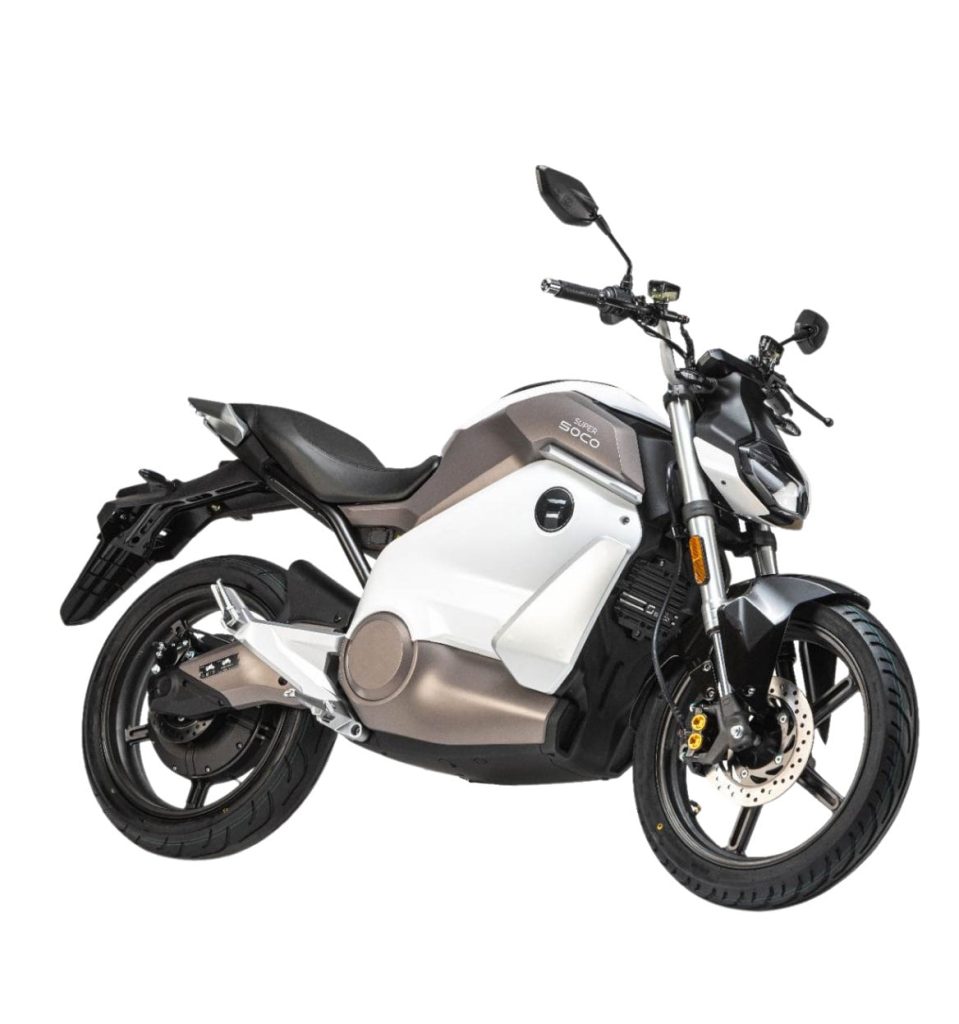 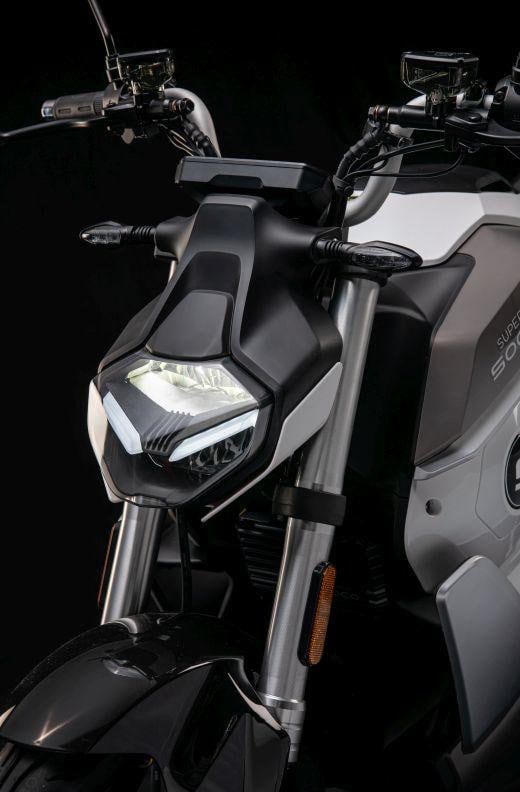 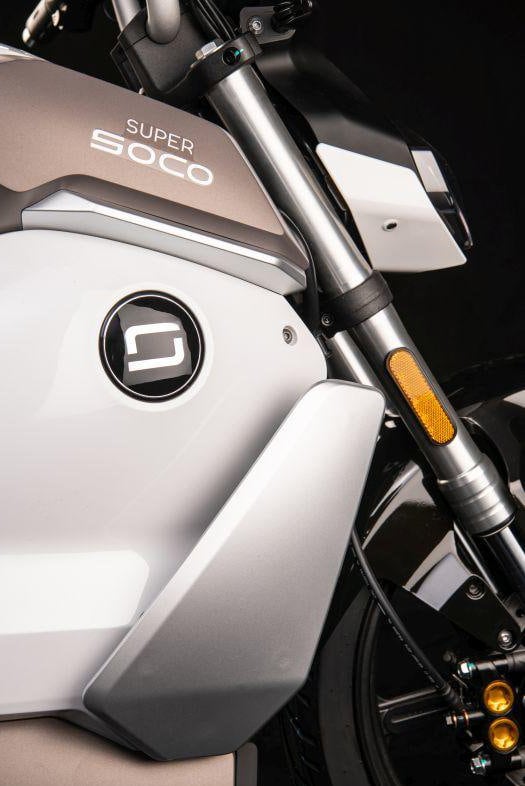 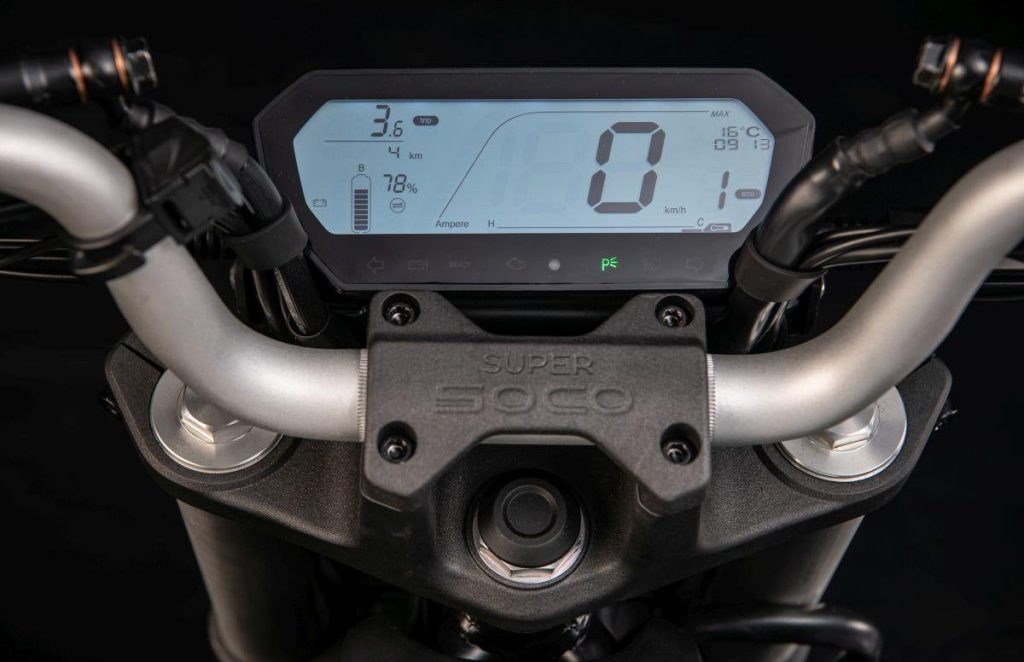 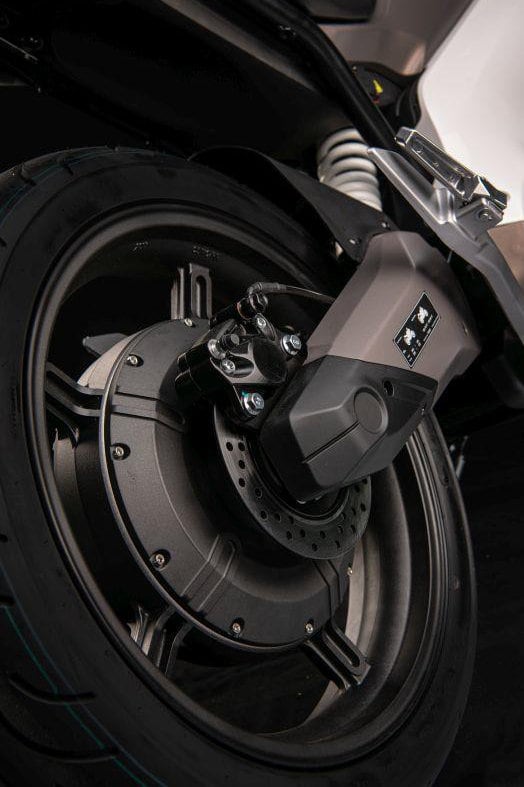 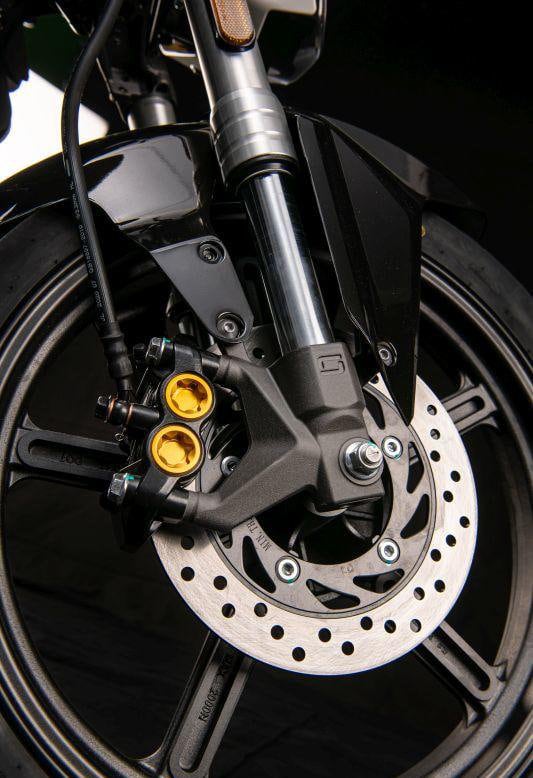 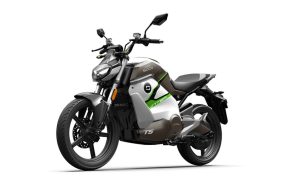 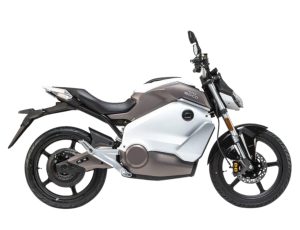 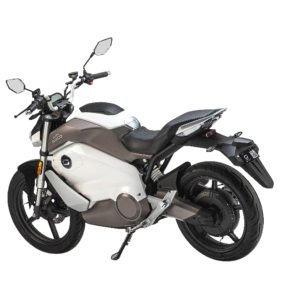 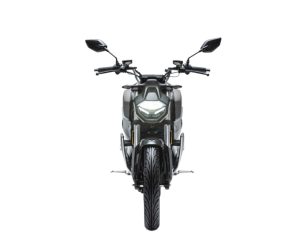 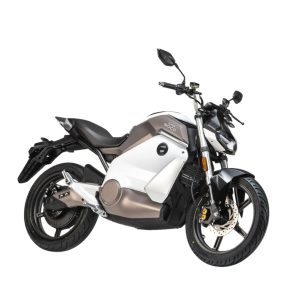 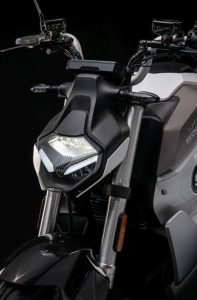 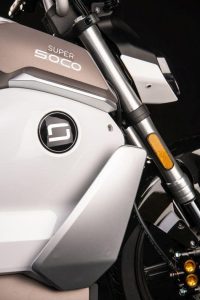 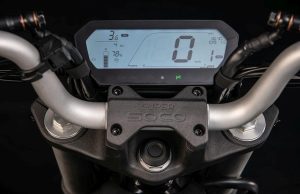 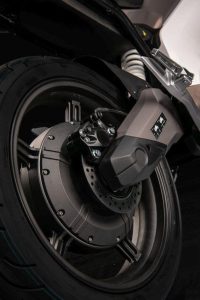 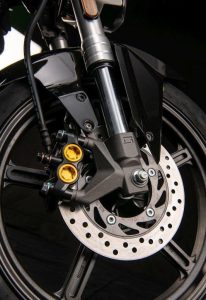 Many young people find it to be the ideal friend because of its sporty forms and ease of use, which are typical of the product range developed for urban mobility. The third generation TS model, the new TS Street Hunter, has undergone a thorough overhaul. Power, speed, range, and torque all saw significant improvements in their performance.

Super Soco’s TS Street Hunter is a sports bike with an aggressive, muscular appearance that is more dynamic than the TS. From every perspective, it is a remarkably better product than the one it replaces. The new generation electric bike preserves the mono-shock rear suspension but adds split grab rails for more sportiness. It has a razor-sharp design and seems bulkier than the TS.

The LED headlamps light, which ensures visibility in all weather or lighting circumstances thanks to the new generation LED components, enhances the bike’s entire character. The aggressive design gives the TS a more contemporary and sporting image.

The broad handlebar, which is fully rebuilt for a sporty riding position and provides an ergonomic and comfortable experience, increases stability. A new sporty seat with “triple density” padding improves riding comfort. According to Vmoto Soco, the motorcycle’s aerodynamic winglets, which were influenced by the racing industry, give it an aggressive appearance and increase its stability while also making riding more pleasant.

The Super Soco range’s most athletic model to date is the TS Street Hunter.

The new TS’s ability to lower the bike’s center of gravity for improved riding comfort and safety is made possible by the placement of the engine in the wheel hub and the battery in the lower part of the vehicle.

Specifications for performance and powertrain
The hub motor mounted on the Super Soco TS Street Hunter generates a maximum of 5 kW and 180 Nm of torque. Three alternative modes that modify the throttle response are available for the rider to choose from. The top speed in the ride mode, which unlocks the maximum performance, is 75 km/h. The third version of the FOC controller offers an instant torque greater than any comparable ICE power’s acceleration.

The combined capacity of the two ATL 60V, 32A battery packs is 3.84 kWh. The Super Soco TS Street Hunter can cover a distance of 200 kilometers when its two battery packs are fully charged. Three and a half hours are needed to fully charge each battery.

An LED headlight, LED taillight, LED turn signals, and a fully digital instrument cluster are all included in the Super Soco TS Street Hunter. With a larger footprint for optimal grip without losing agility, the 17-inch wheels with 100/80 (front) and 120/70 (rear) tires provide a safe ride in any weather or road surface condition, according to Vmoto Soco.

Single disc brakes in the front and rear, controlled by a Combined Braking System, provide stopping power (CBS). The rider’s smartphone can be charged while in motion using a USB connector. Closer to the TS Street Hunter’s debut on the market, Super Soco should divulge more details about it.

The Super Soco TS Street Hunter’s fully digital instrument cluster displays the battery condition, range, clock, and air temperature in addition to performing the fundamental duties of a speedometer and an odometer.